Isabella Forsyth Christie was a schoolteacher. As far as I know she didn’t do much other than teach. She most certainly isn’t famous, she wasn’t even particularly well known in her day, apart perhaps, amongst the communities where she taught. She was a primary teacher in late nineteenth, early twentieth century Scotland where the curriculum was limited to not much more than good handwriting, bible studies, arithmetic and sewing. It was only because of the sewing that I know anything about her. I was visiting Kinloch Rannoch school in Highland Perthshire with storyteller Claire Hewitt, where we were discussing a textile and storytelling project called Felt Story with the headteacher. He had something he thought we might be interested in. It was an old red and white patchwork, each square embroidered with a girl’s name.   There were eighty odd names, plus three schools and a splendid monogram embroidered with the initials IFC, Isabella Forsyth Christie.

It seems to have been a signature quilt compiled by Isabella during sewing classes for girls in the first three schools where she taught. Her first school was Heisker, a tiny group of sandy islands in the Atlantic off the west coast of North Uist in the Outer Hebrides. She went there in 1882 when she was nineteen from her home near Elgin, east of Inverness, to a windswept community of about hundred people living in traditional black houses, who made a living from crofting and fishing and were entirely Gaelic speaking. She came from an English speaking area, or more likely the form of Scots known as Doric, and a place with a very different culture to Heisker. It was a tough post, mostly filled by inexperienced young women, male teachers wouldn’t go to such a poor out of the way place, and most of the young women didn’t stay more than a year or two, though Isabella managed five years. I came across a story about one of these teachers, I like to think it was Isabella, it fits with her, who wanted to get her teaching certificate, or parchment. She’d been studying hard but the exam was set in Glasgow in December, a long and difficult journey, and on the day a terrible storm was blowing and no boats would cross to North Uist. She begged the boatmen but they were having none of it until she persuaded their women to talk to them and they eventually relented. It was a rough journey but she made it, and got her parchment. 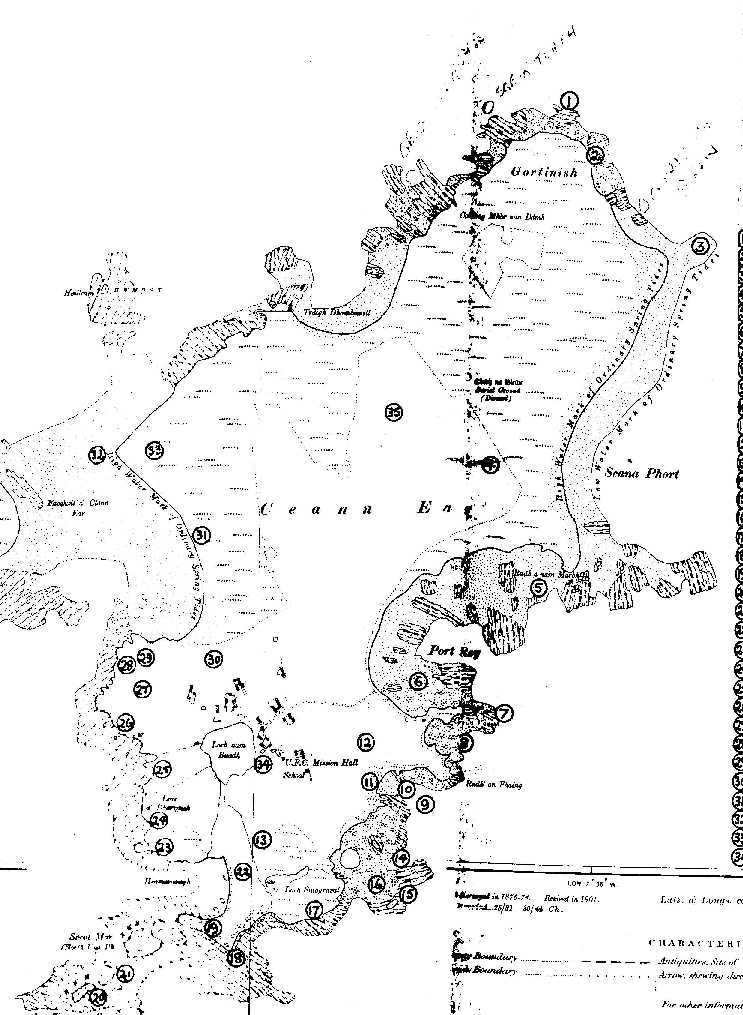 Heisker – or the Monarch Isles with thanks (2)

From Heisker she went to Lochmaddy and spent seven years amongst the calm, black waters of the east coast of North Uist and then, in 1895, she moved to the Highlands, to Kinloch Rannoch, maybe to be a little closer to her ailing mother in Elgin.   She didn’t stay in Rannoch long, just two years, but it was to have a great influence on her life and, after a career that took her back to North Uist and to Argyll, she retired to Kenmore, just over the hill from Rannoch and died there in 1933. By then she was a married woman, having wed John Bews in 1913, when she was forty eight. John Bews was the tailor in Kinloch Rannoch, and she must have met him there seventeen years before. She has no descendants and her life story died with her husband until the quilt reappeared some seventy years later. I think it was probably him that stitched all the names together into the quilt, and maybe he embroidered her initials too, they look too showy for a practical woman like Isabella, but they were done with care. I like to think he was making a tribute to her and her work.

From what I have unpicked from her life story she was resourceful, confident and engaging. She was also intrepid but in a way that was unremarkable for a time when people still lived ordinary lives in places that seem remote and wild now, but were just home then.   She clearly worked hard and did her best, like many other people, but she also had opportunity and independence and she made the most of it. I like what I know of her very much.

I have gathered a few threads from some of the girls’ lives too and I am trying to piece together a book about the quilt and the places it records, embroidered with some of the traditional stories from those places that reflect how women and girls negotiated their daily, mostly anonymous, lives.

The quilt is now held by the National Museum of Scotland (though not on display). Photographs, together with information on Isabella and individual girls, is available through www.scran.ac.uk, free to schools and through Scottish libraries. If you would like to work with the quilt, or know anything more of some of the lives recorded on it, please get in touch with me, ruth0atkinson@yahoo.co.uk or helen.foster@rcahms.gov.uk to add to the Scran site.

Ruth Atkinson Ruth Atkinson is a botanist and ecologist who has diversified into textiles, printmaking and writing. She has been attempting to write creatively for some time, whilst also trying to make a living, though not always successfully for either. She has recently completed a book about a small woodland in Eastern England where many men, and a few women, enjoy themselves playing with sticks and birds (literally) – always enjoying themselves!

(4) Thank you to Leanne Penny site: