Marie Curie is an inspiration to women aspiring to STEM fields, which are currently at critically low levels in America (“Women, Minorities, and Persons with Disabilities”; Beede et. al.). She is best known as the first woman to ever be honored with a Nobel Prize, and won twice for her work in the fields of physics and chemistry (Pasachoff). The current crisis of women in STEM seems surprising given the fantastic accomplishments of women in these fields, but is nevertheless the harsh reality. In the field of computer science alone, the percentage of women earning Bachelor’s degrees is down from 29.6% in 1991 to 18.2% in 2010, despite women attending college in greater numbers (“Women, Minorities, and Persons with Disabilities”). This short biography of Marie Curie can serve to celebrate her life, and raise women’s awareness of their potential for success in STEM fields.

Marie Sklodowska Curie was born Maria Sklodowska in 1867 in Warsaw Poland, and grew to be a smart young woman instilled with a strong sense of Polish identity (E. Curie 33). Two national qualities held dear to the Polish people are pride in the struggle for a national identity, and pride in intellectual achievement – both of which Marie personified (Reid 13). Her family was strongly involved in the Polish pro-independence movement from the Russian Tsars, and both her parents were teachers (Reid 14). Marie’s background wasn’t necessarily a privileged one- because her parents earned little money in their profession, her family frequently took in young students as boarders, and her mother died from tuberculosis when she was only ten (Reid 19). Throughout her schooling, Marie was also made acutely aware of the Russian oppression of the Polish people through her contact with despotic Russian officials who inspected schools in order to police any pro-independence sentiment (E. Curie 33).

After graduating high school, Marie moved to Paris to pursue further education, and was eventually able to study (with financial help from her father) at the Sorbonne in the University of Paris (Pasachoff). There Marie earned the equivalence of two master’s degrees with distinction in both physics and math in only 3 years. She expressed great happiness for being able to explore “the ardent desire I had so long cherished of carrying on advanced studies in science” (M. Curie 35). In 1894 while pursuing work relating magnetic properties of several steels to their chemical compositions, she met her future husband Pierre Curie. Their initial friendship grew into a deep fondness for each other, and their shared dreams for science were very noble. They became official companions in life July of 1895, and continued to live in France. They had two daughters, Irene (born 1897) and Eve (born 1904).

Marie Curie’s work that earned her Nobel Prizes started in 1898, with her professorial thesis topic on the study of rays emitted by uranium compounds (Pasachoff). This work expanded on the phenomenon accidentally discovered by French physicist Henri Becquerel in 1896. After this study, Marie observed that “My experiments proved that the radiation of uranium compounds … is an atomic property of the element uranium” and depended not on external conditions such as temperature (Pasachoff). By the end of 1898, Marie and Pierre discovered two new radioactive elements- radium and polonium, the former which she named after her beloved Poland. In 1903, Marie published and defended her thesis “Research on Radioactive Substances,” coining the term “radioactivity,” and by December Henri Becquerel and the Curies were awarded the Nobel Prize in Physics for “their joint researches on the radiation phenomena discovered by Professor Henri Becquerel” (“The Nobel Prize in Physics 1903”). In her subsequent teaching positions, she was almost always the first female professor at the University (Pasachoff).

In April of 1906, Pierre died in a traffic accident (Pasachoff). Afterwards, Marie struggled with depression and grief, but did not give up on her and her husband’s dreams. In the four years after his death, Marie took over Pierre’s teaching position and opened the Radium Institute at Sorbonne, isolated radium metal (which took over 3 years), published a comprehensive textbook on radioactivity, and defined the curie—the international standard for measuring radium emissions—for use in industrial and medical applications (Pasachoff). In 1911, she was awarded the Nobel Prize in chemistry “in recognition of her services to the advancement of chemistry by the discovery of the elements radium and polonium, by the isolation of radium and the study of the nature and compounds of this remarkable element” (“The Nobel Prize in Chemistry 1911”). During this time, a fabricated scandal was brewing over personal letters published by a right-wing news source that were exchanged between Marie and Paul Langevin, a brilliant former pupil of Pierre’s seated in an unhappy marriage. Marie Curie’s fellow scientist Albert Einstein felt deep outrage on her behalf over this ordeal, and wrote her a letter proclaiming his support:

“I am impelled to tell you how much I have come to admire your intellect, your drive, and your honesty, and that I consider myself lucky to have made your personal acquaintance in Brussels … If the rabble continues to occupy itself with you, then simply don’t read that hogwash, but rather leave it to the reptile for whom it has been fabricated” (Einstein 6).

Marie Curie was a superb scientist. Her work has a powerful and strong legacy. During World War I, she traveled around in an x-ray van with her daughter Irene to help find shrapnel and broken bones in wounded soldiers. Sadly, this was found to be a chief cause of her death- overexposure to x-ray radiation incurred during the war effort (Pasachoff). Today, the further study of radiation science has produced safe and extremely effective methods of implementing medical imaging and radiation therapy. Women like Marie Curie demonstrated historical brilliance in the study of science, technology, engineering and math, and revolutionized the world with it; whatever the cause of the gender gap, there is no question that women belong in STEM.

Lauren Gaber is a University of Michigan – Dearborn student majoring in Computer Science and contemplating a minor in Women and Gender Studies. She is an active member of several organizations on campus, including the Association of Computing Machinery (ACM), Society of Women Engineers (SWE), and holds the position of vice president of the University’s Upsilon Pi Epsilon (UPE) computing disciplines honors society chapter. She also volunteers with the campus CiViC leadership organization. Lauren’s current goals are to earn her bachelor’s degree in computer science and promote programs that revolutionize media and aim to increase the number of women and minorities in STEM careers.

Heather Simpson is a student at the University of Michigan-Dearborn majoring in Psychology, Philosophy and Women’s & Gender Studies. Additionally Heather works as the On Campus Coordinator of the Women in Learning and Leadership (WILL) Program. This program works with other community based organizations and among other community and activist work, puts together the annual Take Back the Night on campus. Heather has a passion for LGBTQ activism and aspires to become a relationship therapist specializing in LGBTQ couples.

Allison Wilke is a University of Michigan-Dearborn student majoring in Communications and minoring in Women & Gender Studies. She is an active member of the Blueprints Leadership Program at UMD, which strives to build leaders in areas of social change. Her current project within this program involves developing a campaign of awareness that will “bridge the gap” between modern day feminism and Christianity. Aside from this, Allison is a devoted volunteer for the student ministry at her church, and leads a small group within that department. Allison is looking to finish her program at University of Michigan-Dearborn, and carry on her education by pursuing an MA in Public Administration, to eventually build a nonprofit to promote the betterment of women. 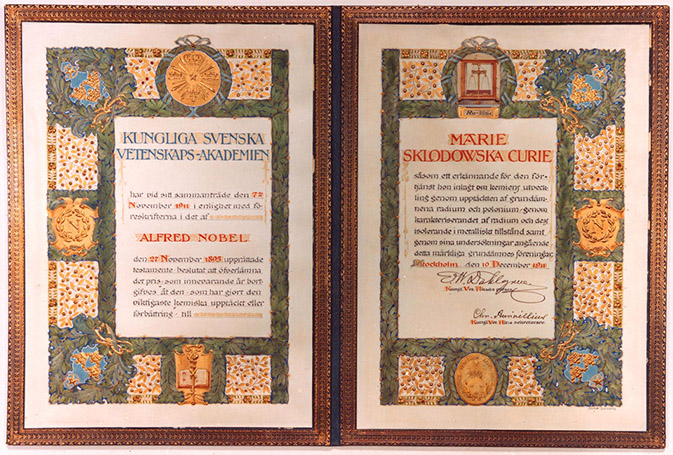 With thanks to the woman who did the typing – Lucienne Boyce