AND why not fairies in Australia? Why should not our innumerable ferny glades, romantic valleys, mountainous passes, and lonesome glens, be peopled with fays and elves? Why should not Robin Goodfellow be found sitting jauntily astride the gorgeous waratah, or chasing the laughing jackass from its favourite bough? But all in good time. In the generations yet to come, unless the State schools make the little ones too learned, we shall have Australian fairy tales, stories in which goblin, kangaroos and emus, graceful sprites, and bearded magicians, will be found on every Fairyland in Australia.

In early Australian children’s literature the appropriation of old-world fairies and their adaption to the new and unique landscape in fairy tales began with a small group of writers in the 1870s, of whom Beatrice Wilcken was one. With the exception of Ethel Pedley who wrote Australia’s first animal fantasy, Dot and the kangaroo (1899), that became an Australian classic and is still in print today, the early fairy tales (1870-1910) remain largely unknown. Of the men and women who wrote the first Australian fairy tales, many like Gumsucker (Charlotte Rowland), Desda (Jane Davies), Olga Ernst and Beatrice Wilcken published only one book. While single copies of their books were once confined to special collections, inaccessible to the general public, they are now available to a global audience through digitisation. The possibility exists for a new readership for those women writers who have been long forgotten.

Encapsulating aspects of the traditional fairy tale genre, the early Australian fairy tale writers, placed their tales in the Australian landscape, amid its distinctive flora and fauna, and transformed traditional motifs into an adaptation of old-world fairy tales that were unique to Australia. The adversaries of European fairy tales, wizards, witches, goblins and trolls managed to feel enough at home in the bush to create mischief and mayhem.  The ‘customised’ fairies adapted their magic to the Australian environment and understood the plights and challenges of a harsh and often unforgiving landscape intervening to assist the hapless hero at opportune moments. The adaptation of motifs, plots, literary references and the abundance of emigrant fairies that appeared in the emerging Australian fairy tale reflected the beliefs and principles generated by the social, political and historical contexts in which they were written.

Beatrice Wilcken (née Ivichich) was born in the late 1830s or early 1840s into minor?Austro-Hungarian aristocracy. A musician, she trained at the Hamburg Conservatoire remaining associated with this institution for five years and writing and performing her own compositions. Wilcken, with two sons, was widowed while still quite young. One son Anton settled in England while the other Ludolf migrated to Australia moving between the colonies of New South Wales and Tasmania due to business interests. Travelling extensively between England, Australia and New Zealand Wilcken’s income was supplemented by giving musical recitals and teaching piano wherever she was staying. Though there are appreciative reviews of the recitals and concerts she gave in the colonies it is her small book of fairy tales that is her most important legacy.

It is not surprising that Beatrice Wilcken chose to write fairy tales rather than the ‘Australian real-life in the bush’ tale that was prolific at the time. Although overshadowed by the success of Grimm’s Kinder-und Hausmärchen, German women had made a significant contribution to the fairy tale genre and over two hundred fairy tales collections by women were published in German-speaking countries in the nineteenth century. Wilcken’s fairy and mythological creatures are found settled easily in Australia, mainly located in the colony of New South Wales. 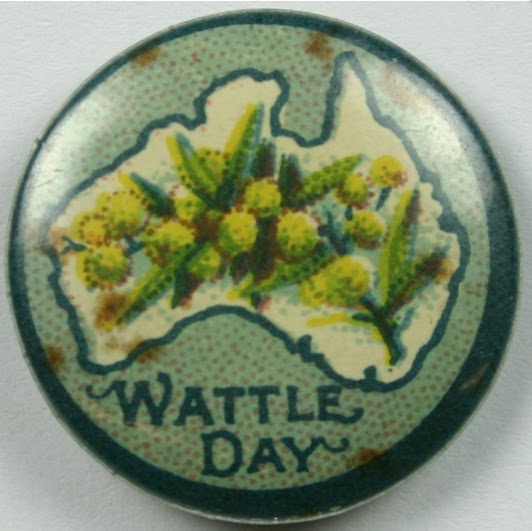 While the number of fairy tale books published between 1870 and 1900 were few, many fairy tales appeared in newspapers, often in children’s sections. Wilcken’s first fairy tale ‘The Fairy Cave’ was published in The Sydney Mail and New South Wales Advertiser (29 March 1890, p. 703) re-appearing as ‘A Legend of the Fairy Caves in the Blue Mountains’ in her book Fairy Tales, Fables and Legends.

Wilcken suggested that she had been encouraged by her Tasmanian hosts to self-publish her fairy stories with a modesty that perhaps reflects the expectations of women writers at that time, and publication protocols of the era, than her character. Travelling unaccompanied to Australia and remembered as a ‘larger than life’ person who insisted her grandchildren address her as Madame Wilcken; a painting of Wilcken in later life portrays her as an imposing middle-aged woman dressed in jewels and finery. On her death her personal papers were found to contain many letters from important people in political and social life in England. However, the rhetoric of humility is captured in her dedication:

I have whiled away some happy leisure hours in writing these little stories. They were not originally intended for publication, but I have been strongly urged by many kind friends to have them printed. (Wilcken, 1891)

The newly discovered Jenolan Caves[1] and the Blue Mountains formed the backdrop for many of her fairy tales as Wilcken creates literary ‘Origin’ stories to explain specific cave and mountain formations. It is her appreciation of the natural geography of the area and its influence on the characters that are drawn to it that is one of the most important features of her writing and infuses an Australian setting with which readers can identify.

Within these locales Wilcken created fairy queens and sprites of traditional fairy beauty. Her tales are filled with romance and the tensions and consequences created by human men and their love of female fairy creatures. Wilcken speaks of the folly of love and her fairies are cautioned that ‘Men are a false race. They rush in at a moment’s pleasure and break the hearts of those who trust them’. In ‘The Jenolan Caves, N.S.W’, Wilcken’s hero discovers a traditional fairy, a ‘beautiful girl…her hair a mass of golden curls; her eyes of the deepest blue’.  Falling in love, ‘passionate thoughts overtake him‘ and though the fairy does not reciprocate, when he steals a kiss she is turned to stone.  The consequences are a warning and a lesson to all maidens in the colony to be guarded and wary of men and their lust.

Like Wilcken most of the early Australian fairy tale writers (pre-Federation, 1901) wrote only one fairy tale book[2] but collectively the reclamation of their books allows an appreciation of their quest to ensure that ‘the merry children of the fair South may revel in dreams of their own Fairy Lore’ (Gumsucker, 1870, Rosalie’s Reward, preface), a scrutiny of the ideologies of the era, and their quiet contribution to early Australian children’s printed literature. 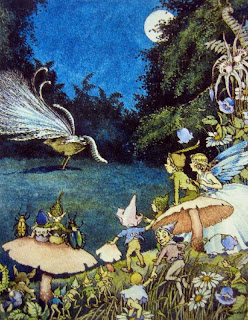 Biography: Robyn E. Floyd is a Primary School Deputy Head. Robyn’s PhD thesis examines the creation of a bush identity in early Australian fairy tales. She is a Foundation Member of the Australian Fairy Tale Society.

The AFTS is a national not-for-profit society focused on collecting, preserving, discussing, sharing, and creating Australian fairy tales with the aim of encouraging academics, writers, artists, performers and enthusiasts from around the country to network and share all things fairy tale through a national website and annual conferences.

[1] In the 1880s, Jenolan began to emerge as a genuine tourist destination.

[2] Fairy tales, fables and legends by Beatrice Wilcken can be accessed online http://trove.nla.gov.au/work/20627953